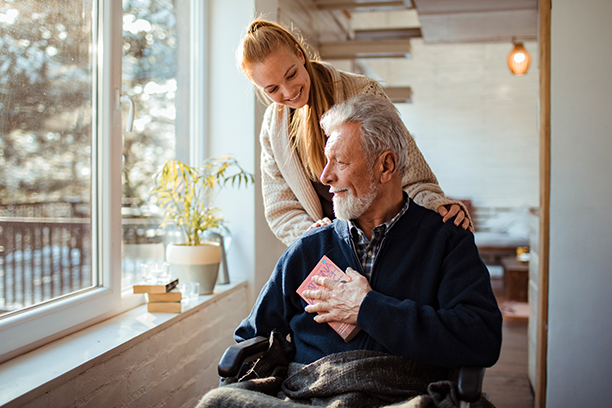 If you have a loved one who has been diagnosed with Alzheimer’s, you may feel overwhelmed and probably have many questions. At Visiting Angels San Ramon, we can provide the answers you’re looking for as well as exceptional Alzheimer’s home care services. Learn more about Alzheimer’s below.

Differences Between Alzheimer’s and Dementia

People often wonder what the differences are between Alzheimer’s and dementia or if they are the same thing. Dementia consists of a wide variety of brain disorders that induce memory loss. Alzheimer’s is a type of dementia and is the most common. To make this easier, everyone with Alzheimer’s has dementia. However, not everyone with dementia has Alzheimer’s.

While the exact cause of Alzheimer’s is unknown, scientists have determined multiple risk factors. The three most common are advanced age, genetics, and poor heart health. If your loved one has high cholesterol, diabetes, hypertension, or has suffered from cardiac arrest or strokes, they will be at a higher risk for Alzheimer’s.

As time goes by the symptoms of Alzheimer’s will gradually become more severe. Many of these symptoms can be identified early on, though seniors may not show all of the symptoms at once until much later.

Symptoms include but aren’t limited to:

Scientists believe that Alzheimer’s may begin far before people show any indication that they have it. Because Alzheimer’s progression is gradual, the first symptoms will be mild and probably barely noticeable. Yet as time goes on, symptoms will become moderate, and eventually severe. In the final stages, people may not be able to access any short or long-term memory, they may not be able to speak, use the bathroom, or eat food on their own.

At Visiting Angels San Ramon, we can help families prepare for Alzheimer’s with our Alzheimer’s home care services.

Unfortunately, there is currently no known cure for Alzheimer’s and its effects appear to be permanent. However, there are clinical trials that are aimed at slowing the progression of Alzheimer’s.

As your loved one’s Alzheimer’s progresses, you will find that they require more and more assistance to stay healthy and safe. As the disease reaches later stages, many families often require professional Alzheimer’s home care aides.

Our Alzheimer’s home care program is designed to deal with the challenges that Alzheimer’s presents as well as the personal preferences and needs of your loved one.

To learn more about our Alzheimer’s care services, call our San Ramon, CA office today at 925-243-7726 to receive a free consultation.