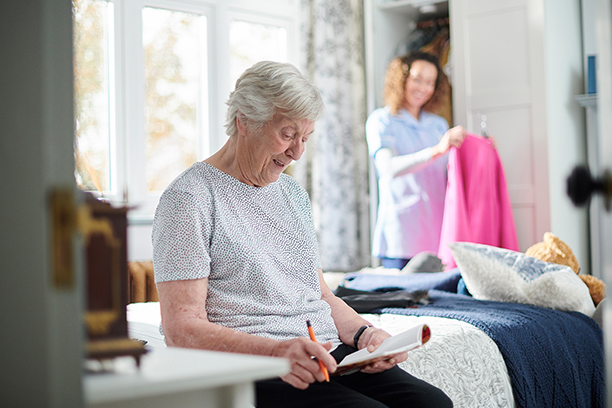 Our Specialists Answer Aiken, Augusta, Graniteville, and the Surrounding Area's Most Pressing Questions About Alzheimer's Disease and Their Homecare Options

If you have a loved one who has recently been diagnosed with Alzheimer’s disease, you likely have many questions about your loved one’s condition and their homecare options. This FAQ gives you answers from the Alzheimer’s homecare professionals at Visiting Angels of Aiken.

Another option is to hire Alzheimer’s homecare services, such as those offered by Visiting Angels of Aiken. What is Alzheimer’s home care? This specialized type of care is designed to help individuals age in place with Alzheimer’s disease. You can contact our agency at 706-607-6528 to learn more.

Learn more about Visiting Angels of Aiken's homecare options by contacting our agency today. We will be happy to go over any questions you may have about our homecare in Aiken, Augusta, Graniteville, Warrenville, and the surrounding area. We will even set up a free, in-home consultation with one of our experienced care coordinators. We look forward to hearing from you!