September is World Alzheimer’s Month. The awareness campaign was started by Alzheimer’s Disease International (ADI) in 2012 as an annual opportunity to share knowledge about the disease and its impact. 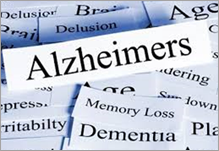 The Alzheimer’s Association notes that one in ten Americans aged 65 and over has the disease; the bulk of Alzheimer’s sufferers (nearly two-thirds) are women. Alzheimer’s disease can look very different for different people. The disease tends to progress slowly, extending through three stages. The association explains: “On average, a person with Alzheimer's lives four to eight years after diagnosis, but can live as long as 20 years, depending on other factors.”

Below are basics facts and information about Alzheimer’s disease.

Getting a basic understanding about Alzheimer’s disease can help generate awareness and compassion for those who suffer. Embrace September as your annual opportunity to learn more.