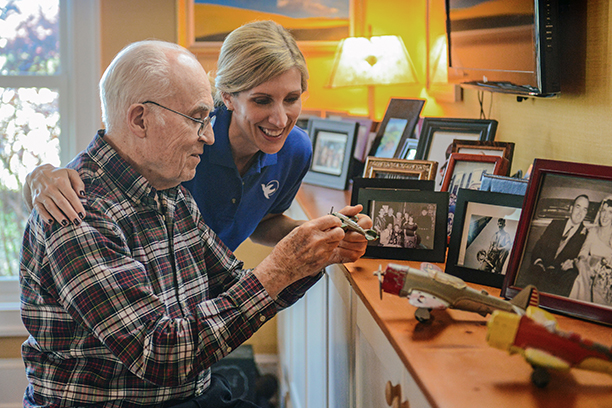 Elder abuse is a crime and it carries civil and criminal penalties!  Elder abuse laws are designed to protect against abuse of vulnerable adults. The number of people aged 60 years and older significantly increases as the Baby Boom generation ages. As a result, it is likely that the prevalence of elder abuse will continue to grow.

Elder abuse pertains to ANY adult suffering abuse.  However, new laws were enacted in Michigan to specifically prevent abuse by caregivers to an older or disable individual.

The Vulnerable Adult Abuse Act (MCL 750.145) criminalizes abusive behavior and attempts to prevent the physical and emotional abuse of vulnerable adults by their caregiver(s) or other person(s) with authority over the vulnerable adult.  The staute defines a vulnerable adult (18 years of age & older) as someone who, because of their age or physical or mental impairment, requires supervision, assistance or lacks the skills to live independently.

Additionally, the Anti-Exploitation Act  [MCL 750.174(a)] criminalizes financial abuse and attempts to prevent exploitation of vulnerable adults by persons in a relationship of trust.  However, any person who abuses an adult may be charged with elder abuse and subject to the civil and criminal penalties.  Although these Acts attempt to prevent abuse, the best way to prevent elder abuses is to  empower entire communities by educating everyone, including caregivers, professionals and

seniors on the warning signs of elder abuse and reporting requirements of elder abuse. One of the most effective ways to prevent abuse is through education of our youth to shape their understanding of issues of aging and disabilities.

In a broad sense, elder abuse can be defined as intentionally causing harm of serious risk to a vulnerable adult. There are five main types of abuse: physical, emotional/psychological, neglect/self neglect, sexual abuse, and financial exploitation.

Physical abuse is defined a causing or threatening to cause physical pain or injury. This definition includes any non-accidential physical injury caused by another person.

Emotional abuse means to cause emotional or mental pain, anguish or distress on a vulnerable adult by verbal acts or non-verbal conduct. Some examples of verbal acts …include intimidation, taunting, use of power and control, or belittling.  Some examples of non-verbal conduct…include lack of communication with the adult, isolating the adult from other family members and friends, leaving the adult alone, causing fear and loneliness.

Neglect is harm to an adult’s health or well being caused by failure to provide for the basic needs, such as food, water, shelter, or clothing.  This category includes self-neglect, which encompasses the inability of the adult to carry out daily living activities or manage personal finances.  The individual himself fails to provide or requst assistance in providing for their basic needs.

Sexual abuse is unwanted sexual contact of any kind.

Financial exploitation is the illegal taking, misues or concealment of the vulnerable adult’s property, assets or money.

Some of the warning signs of abuse are easily noticeable conditions; however, many signs are subtle and easy to miss.

Who May Be a Victim?

The most common victims of elder abuse are women.  Older individuals who are socially isolated or who have a mental impairment are likely to be vulnerable to abuse.  Persons 80 years of age & older suffer abuse and neglect two to three times more than the rest of the population. While elder abuse does occur in both domestic and institutional settings, it is more common in domestic settings (NCEA 2000 Survey of State Adult Protective Services).  Family members, particularly adult children and spouses, are most likely to be the perpetrators of abuse because they are either financially dependant on, or the primary caregiver of, the vulnerable adult.

Reporting Abuse
Abuse is vastly underreported so the actual number of victims is not known. Many older adults are abused, neglected or exploited every year, yet the majority of victims will not receive any assistance. A 1996 study by the National Center on Elder Abuse found that only 16% of the abusive situations are referred for help, which means that 84% of these crimes are never reported. Reports of abusive situations increase every year as more and more people become educated on the warning signs of abuse. Despite this trend, many people concerned about an abusive situation don’t report the abuse. We all have a responsibility to protect vulnerable adults from unsafe or abusive situations.

If you become aware of abuse in your community, contact your local police department and make a report - remember that elder abuse is a crime!

Anytime you suspect abuse, call Adult Protective Services’ 24-hour Hotline @ 1-877-963-6006. They are required to begin an investigation within 24 hours. You may report confidentially and anonymously. When reporting, you will have to give the name of the victim and as many details as you have about the suspected abuse.

Abuse can occur in a person’s home, including retirement communities, or in a health care facilty such as, a nursing home, hospital, adult foster care facility or home for the aged. Most health care facilities are required to post the name, title, locations and phone number of an individual in the facility who is responsible for taking complaints and conducting investigations. If you become aware of abuse in a health care facility, immediately make a report to the law enforcement agency in the jurisdiction where the abuse occurred.

You should also contact the [Michigan]  Attorney General’s Office @ 1-800-24-ABUSE and report on-line or by mail to: