Caring for an aging loved one can and will take its toll. Even the most devoted daughter or son runs the risk of burnout and personal health issues while shouldering this massive responsibility. The nuances of care and its challenges are seismic enough to change a family’s dynamics. That's why it's crucial to consider respite care services sooner than later. Because as you’ll soon discover, it doesn’t just rejuvenate tired family caregivers, it restores relationships.

For many years, Darla was the only person caring for her mother, Mickey. As a daughter playing the role of caregiver, this meant handling everyday tasks like cooking, cleaning, doctor’s visits, budgeting, etc. But the weight of the responsibilities Darla was carrying, a mother herself in her late 50s, was becoming more apparent.

“It came to a point where I would come in and clean for Darla and little by little notice other things needing to be dealt with,” says Lisa Grote, who ultimately provided Darla with the respite care she so desperately needed. “Darla ended up getting sick (from stress-related illnesses), and her mother did not understand because she had dementia. The worse Darla felt, the more difficult it became to deal with her mother, and they would argue.”

Considered by Darla and her peers to be the result of burnout from caregiving duties, Darla’s gallbladder failed and needed to be surgically removed, in addition to surgery for diverticulitis. These medical complications took Darla out of the caregiving world for a little over a year, so full-time respite care became necessary. “Once professional caregiving had come into play, and Mrs. Mahaney got used to the presence of caregivers being in her home, life seemed to have let up and got a tad bit easier,” Lisa says.

Meanwhile, respite care gave Darla time to recuperate and phase-in regular visits with her mother, and Lisa also noticed their relationship recovering from what she had initially experienced in her earlier visits. Darla’s first visit since her surgery was short, but time spent with her mother grew, and in turn the hard feelings started fading away.

“This was a very long and stressful time in their lives,” Lisa said. “The mother did not want her daughter to be sick with stress-related illnesses and the daughter would not want her mother to feel abandoned if she sought respite. Something had to give, and it was Darla's health that unfortunately took a nosedive before something was done.”

Darla’s caregiving experience shows the importance of identifying stress early on before it gets to the point of bad health and hard feelings between the aging loved one and relative. Caregiving may not have physically made Darla sick, but the effects of burnout are genuine and recognizable. Respite care restored Mickey and Darla’s relationship because the two appreciated precious moments together as mother and daughter.

“By the time Darla was getting healthy, their relationship once again started to look like it did before Mrs. Mahaney got sick, and thank goodness, because Mrs. Mahaney passed about a year or two later,” says Lisa.

Providing compassionate care for an aging loved one comes naturally for some. For others, adjusting to life as a “family caregiver” is virtually impossible, which is when respite care from professionals like Jeannie Vestrum exists. “As providers of care, we understand the needs of clients and patients and the importance of protecting and building their self-esteem as we deliver that care.”

Vestrum spoke of a wife who had been caring around the clock for her husband suffering from dementia. This woman rarely left her husband’s side, and when she did, it was only for necessary errands like grocery shopping and the occasional doctor or dentist appointments.

Because she put aside her needs, the wife’s appearance became disheveled, and she was admittedly tired, yet still, she was reluctant to turn over any of the cares for her husband. Vestrum spoke of how this woman gave up her routine appointments like the hair salon, church groups, grandchildren’s events and her long-standing bridge games with her closest friends. Committing so much time and effort to an aging loved one's life, and health can lead a family caregiver astray from simple pleasures, thus affecting social connections.

“As trust was built among this wife and her husband’s new professional caregivers, she began allowing the team to provide respite care to her husband (and) I noticed the (positive) physical changes that occurred for her,” Vestrum says. “(For instance) Her hair had been cut and styled, and she was wearing a pretty bright colored outfit I had not seen her in before. A few weeks later, she told me she had attended a church function saying, ‘It fed my soul,’ and she had a calmer and more rested appearance.”

As the wife’s self-esteem began to blossom, the day came where she decided to allow herself time away from caregiving duties to attend her monthly bridge group once again. The respite she received encouraged and allowed her to rebuild her self-esteem and recapture parts of her life she had not felt she should continue. Vestrum says respite care enhanced her ability to continue to be a caregiver for her husband while also caring for herself, a valuable lesson learned by all involved.

These aren’t the only examples of how respite repaired a family relationship. Click here for another example of how respite care helped ease tension among siblings. 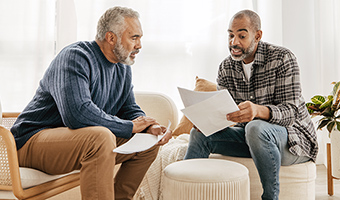 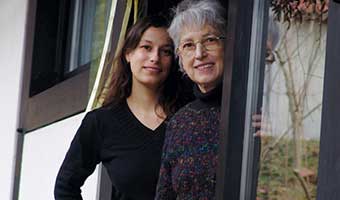