Veganism - Vegetarianism for the Over 60 Crowd

According to the British Nutrition Foundation of 2003, genes account for about 25% of the determinants for longevity, leaving around 75% due to other factors. These factors include lifestyle, chance, the environment, and last but not least, nutrition.

We are all aware of the negative factors associated with eating too much red meat. For example, there are too many saturated fats and too much cholesterol that can clog arteries. Ultimately, these negative factors can lead to obesity and heart disease. However, diet is only part of the reason we assume vegetarians and vegans are healthier than other folks. Along with controlling your diet comes other health related factors; such as cessation of any smoking habits, increased regular exercise programs, and a reduction in alcohol consumption.

So the real question regarding treading dietary delights is: Are we moving in the Veggie-Vegan direction? The answer is yes, but we are moving slowly. In a recent AARP article, Former President Bill Clinton was interviewed about his health choices regarding his switch from fried foods to vegan. For those of you who do not know President Clinton had the quintessential southern diet (he is from Arkansas) of fried foods. (This led to a somewhat overweight President who had quadruple bi-pass surgery for heart disease shortly after he left the White House.) Although he did alter his diet somewhat at that time, it was not until his arteries began to collapse (reportedly a normal occurrence after this type of heart surgery) that President Clinton decided to seriously alter his diet.

Life altering as this was for the former President, greater good ensued. The Clinton's created the Clinton Foundation to help younger, underprivileged youth meet both their educational and dietary needs. President Clinton vowed that if he was to have his name attached to such a program, he would be a better role model. Therefore, he switched his diet to vegan (although it is reported he does eat some salmon once a week or so).

The point of this example is to illustrate that it is never too late to become healthy. We have heard the virtues of quitting smoking for years, how exercise can increase ones health cardiovascularly and improve bone density, and how a proper diet will help keep our weight to appropriate levels. This information is mere words without action.

Now is the time to get yourself, your family members (regardless of age), and your loved ones to eat healthier. It doesn't mean you have to go to the extremes that President Clinton did, but it does mean that you should review your daily food intake. Evaluate which foods are good for you and which are hurting you the most, and make a change in your diet. Do it now! You’ll live better and, of course, live longer. 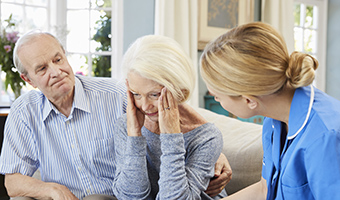 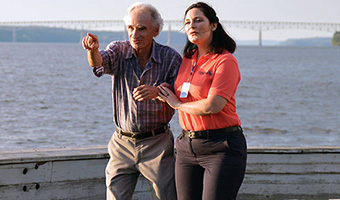