What You Should Know About Guardianship

Guardianship (in some states called conservatorship) is a legal procedure that gives a person the legal authority to make decisions for another person, should that person be incapacitated or unable to make decisions. A guardian is a competent person in the eyes of the court who can make legal, financial and healthcare decisions on behalf of his or her ward. Recently, there have been some high-profile cases of abuses of guardianship. This article will explain what guardianship is and what steps your loved one should take to keep safe.

Why is Guardianship Needed for Seniors?

Some seniors may suffer an injury or an event that leaves them unable to act in their own best interests. Others may have dementia or another condition that causes mental decline and reach the point where they are no longer competent to make serious decisions about finances or healthcare.

How is Guardianship Different From Power of Attorney?

Power of attorney also grants legal authority over another person’s affairs, but in a power of attorney, the senior would choose the person to act on his behalf, usually a family member or someone close. In guardianship, the court appoints someone to act for him, and the guardian could, in theory, have no previous relationship with his or her ward.

Granting power of attorney is a calculated move, possibly made at the start of an illness or period of incapacitation, but guardianship usually happens after the senior has become unable to make decisions for himself or herself. Elder Law Answers says that because guardianship “involves a profound loss of freedom and dignity,” many states require other options like power of attorney to be considered first.

What is the Process of a Court Granting Guardianship?

Although the laws and process vary state-to-state, in general, the would-be guardian would file a request for guardianship. An attorney files a petition in probate court in the county that the senior lives. Some states may require that the senior is present for the hearing, some only that he or she has been notified of the proceedings. A lawyer will typically act on the senior's behalf.

The hearing will determine whether the senior is incapacitated and to what extent assistance is needed. If the court determines the senior is incapacitated, the next matter to be decided is whether the proposed guardian is an acceptable choice for the senior. The court will then determine what reporting requirements it has for the guardian and whether it must be consulted for the approval of significant financial transactions.

How Does the Court Decide Whether a Senior Needs a Guardian?

The standard for deciding whether a senior is incapacitated varies state by state. Most states will require a medical evaluation to be completed and signed by a physician. Generally, the proposed guardian must show that the senior is unable to make responsible personal decisions. Merely showing that the senior has made irresponsible decisions in the past usually does not constitute proof that he or she is unable to make correct decisions.

Who Can Be a Guardian?

Anyone who claims an interest in the well-being of the senior can petition for guardianship. This allows the unusual situation where “professional guardians” can claim an interest in the senior and take control of his or her affairs, despite having no previous connection. The court may appoint co-guardians, or may even appoint a non-profit or company to act on the senior’s behalf.

How Long Does Guardianship Last?

Guardianship usually lasts until the court decides the senior has regained the ability to make his or her own decisions or until the senior passes away. The senior or a family member can petition the court to dissolve guardianship at any time.

What is Guardianship Fraud?

The possibility of guardianship being granted to those who do not have the senior’s best interests at heart creates a situation which, according to some, is “ripe for fraud.” Recent stories in The New Yorker and a feature on “Last Week Tonight With John Oliver” have told worrying stories of seniors who have lost everything when professional guardians have been granted guardianship in spurious circumstances, sold their assets from underneath them and charged them thousands of dollars for unwanted services, like taking a senior to a basketball game.

Organizations such as the National Council on Aging and the National Association to Stop Guardian Abuse are campaigning for guardianship reform.

There is little data available on guardianship, especially considering the vast powers granted to guardians. Private guardians are necessary because sometimes, the court may be referred cases, for example, by social workers, where seniors do not have a responsible loved one to look after them. In such cases, a private guardian would be appointed. These guardians may bill the senior "reasonable fees," but there is minimal definition surrounding what's "reasonable." The Sixth Circuit notes that while most guardians are “great,” some bill for sending messages, scheduling appointments (and the appointment itself), multiple staff members carrying out one task and other “non-substantive” items. Often, nobody checks billing unless there is a complaint.

If you are concerned that a loved one may already be in an abusive guardianship, the NASGA has helpful information about how to monitor costs and fight the ruling.

How Can We Avoid Guardianship Abuse?

The best way to avoid guardianship issues is to make plans with your loved one before he or she can no longer make rational decisions. It’s time to talk about this now: Suggest that he or she drafts a comprehensive power of attorney that, should he or she become incapacitated, places medical and financial well-being in the hands of someone trusted, whether that is you, another family member, a trusted friend or an attorney.

These documents must continuously be reviewed and kept up-to-date. Like all legal documents, keep originals and copies safe, and lodge a copy with an attorney. Your loved one may also be able to set up an Advance Medical Directive, which sets out the decisions that he or she would make in the event of incapacitation.

For more information on preparing finances and legal issues for senior loved ones, read this article. 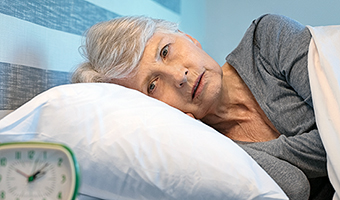 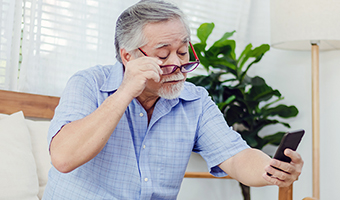