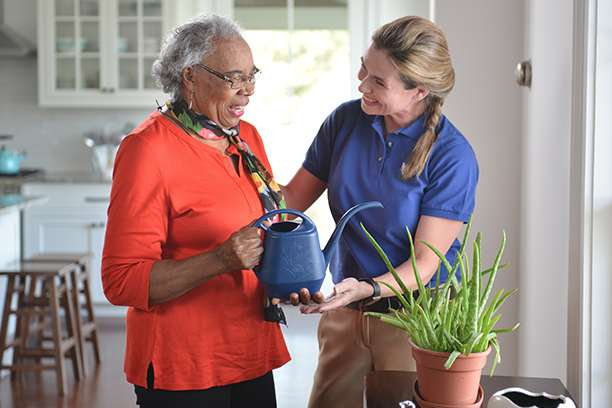 When a loved one is diagnosed with Alzheimer's disease, you will likely have questions about how to find the right Alzheimer's care in East Bernard, Wharton, El Campo, Fulshear, Katy and surrounding areas in Southeast Central Texas. Visiting Angels can help you find the answers you need

If you have a loved one who has recently been diagnosed with Alzheimer’s disease, you likely have many questions about your loved one’s condition. This FAQ gives you answers from the Alzheimer’s care professionals at Visiting Angels of East Bernard, TX.

Dementia is an umbrella term for a wide range of brain disorders that are characterized by memory loss. Alzheimer’s is the most common form of dementia. According to estimates, Alzheimer’s cases account for somewhere between 60 to 80 percent of all cases of dementia.

What are my loved one’s options for Alzheimer’s care in East Bernard and Throughout Southeast Central Texas?

Learn more about Alzheimer’s care services offered by Visiting Angels today by contacting our office in East Bernard, TX. We're happy to answer any questions you may have and will work with you and your family to find the best care solution for your loved one!