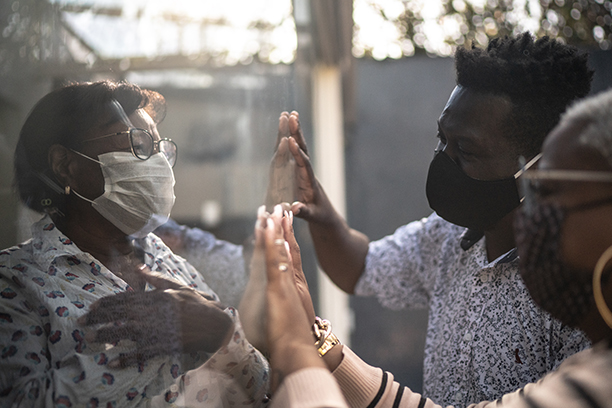 Alzheimer's disease is a progressive and degenerative brain disorder that is identified by memory loss, cognitive decline, and behavioral changes. Over time (typically several years), symptoms become worse, having a major effect on an individual's daily tasks and activities. Support for Alzheimer's is available.

This disease is considered a terminal condition with an average life expectancy of 15-20 years after being initially diagnosed. Alzheimer's is the 6th leading cause of death in America—around 5.5 million Americans (typically those over the age of 65) are living with Alzheimer's. However, early-onset Alzheimer's affects approximately 200,000 Americans under the age of 65, as shared by the Alzheimer's Association.

If you have a loved one that is living with this disease, it is likely that you have any questions. Our FAQ offers answers from our care professionals. Learn more about support for Alzheimer's below.

There is a clear difference between Dementia and Alzheimer's. Dementia is an umbrella term for more than one brain disorder that is characterized by memory loss. Alzheimer's is the most common type of dementia.

For example, a person living with vascular dementia will suffer from similar symptoms to Alzheimer's, but the actual cause of their dementia is different than Alzheimer's.

Unfortunately, scientists have yet to find the exact cause of Alzheimer's Disease, but they have been able to label a few risk factors that can be managed with support for Alzheimer's services. The three biggest risk factors are:

You can detect symptoms, especially early symptoms, through a person's speech, thought patterns, and behaviors.

There is research that shows that Alzheimer's typically begins years before individuals truly show any indications. The symptoms usually show in older adults. However, there have been cases where adults in their 40's-50's have shown symptoms. This disease is progressive and gets worse over time.

At first, symptoms will be mild with minimal effect on an individual's well-being. As Alzheimer's gets worse, the mild symptoms will become moderate to severe. By the final stages of Alzheimer's, individuals may lose all short-term and long-term memory, the ability to speak and to understand speech, and the ability to perform basic personal activities, such as how to use the bathroom or eat on their own. Learn how to provide support for Alzheimer's and prepare for the stages of Alzheimer's.

Sadly, there isn't a cure for Alzheimer's Disease, and it is understood to be irreversible. There are treatments and clinical trials that are limited to showing the onset of the disease, delaying its initial symptoms, and/or reducing its progress. This is all happening while scientist continues to search for a cure. It is also helpful to seek support for Alzheimer's groups.

It is recommended that those living or at risk for Alzheimer's should invest in a healthy lifestyle, focusing particularly on their cardiovascular health. It is also helpful to focus on improving sleep habits, increasing omega-3 intake, and decrease any stress factors. If you are needing help transitioning into this type of lifestyle, support for Alzheimer's groups can be a great tool.

As the disease progresses, individuals suffering from it will require high levels of care to ensure that their well-being and safety. In the early and mid-stages of Alzheimer's, individuals are usually cared for by friends or family. As they hit the later stages, professional care and support for Alzheimer's is the best course of action.
There are a few options for the care you could turn to:

This option helps individuals age in their homes. This care is different from traditional home care because Alzheimer's patients require unique care services.