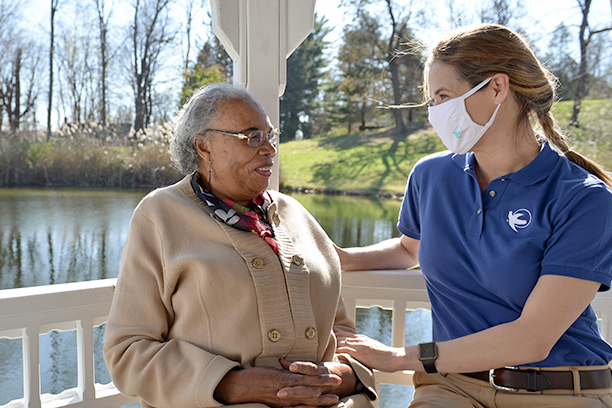 If you have a loved one who has recently been diagnosed with Alzheimer’s, you likely have many questions. This FAQ gives you answers from senior care professionals at Visiting Angels of East Cincinnati. Learn more about Alzheimer’s and Alzheimer's assistance programs below.

What is the difference between dementia and Alzheimer's?

While scientists are still researching the exact cause of Alzheimer’s disease, researchers have identified several risk factors.

What are my loved one’s options for Alzheimer's assistance programs?

As Alzheimer’s disease progresses, individuals living with the disease require high levels of care to ensure their well-being and safety. Individuals with early stage and mid-stage Alzheimer’s are typically cared for by friends or family. But as the disease reaches its later stages, professional Alzheimer's assistance programs are often required.

Another option is to hire Alzheimer’s home care services, such as those offered by Visiting Angels of East Cincinnati. This specialized in home care helps individuals age in place with Alzheimer’s disease.