One of the most significant developments in many elders is onset of a paranoid mental state where delusions and hallucinations exist. For example, mild symptoms such as accusing a caregiver of stealing their wallet when in reality the wallet was actually misplaced, or, more severe situations such as when an elder is seeing someone walking around her room at night and thinks that an intruder is there to hurt her.

These would be characteristics of an elder suffering from paranoia, which of course was an hallucination. Although this type of behavior can be frightening to us, its danger resides mainly in the action taken by the individual and not associated with the mental anguish caused. Regardless of the danger though, the cause of such behaviors, and of course treatment for these issues, should be examined.

Dealing with an elder who is experiencing some form of paranoia can be challenging to say the least. However, once the cause of the paranoia is isolated, treatment can be effective.

For example, some causes and treatments of paranoid behaviors are:

•  Elder thinks people are talking about her behind her back – a physician may first check her hearing to be certain there is no
problem in that area.
•  Elder swears she sees people who aren’t there – her physician may want to administer a tranquilizing drug to reduce her
anxiety.
•  Elder is paranoid about her finances – family may want to consistently lay out the elder’s financial picture and have a trusted
advisor provide facts.
•  Elder is convinced that her family doesn’t love her anymore because they don’t come to visit when the elder thinks they
should – the family must remain calm as they offer the reality of the situation.

Examples are numerous and can be as varied as the elder person themselves, yet one thing is consistent – many elders will respond to treatment. It is important for family members to be patient, understanding, involve other professionals to assist in diagnosis and treatment, and continually be observant of the elder’s behaviors and the possible causes of such behaviors.

A simple, yet common, example is the urinary tract infection in woman (often occurring post hospitalization). An elder patient may, after a short hospitalization in which a catheter was utilized, begin to show signs of increased confusion. Family members may be concerned about the elder’s behaviors, but unable to pinpoint a diagnosis or cause, so they label the behavior as either paranoia or even the beginning of Alzheimer’s disease. However, with a bit more investigative work, and a trip to her physician and some blood work, they find she has a urinary tract infection, which can create increased confusion.

The point here, as is often the case, is to be vigilant and aware of your elder’s current status. Making comparisons from day-to-day to determine which direction behaviors are headed will effectively make your decisions proactive (rather than reactive).

Don’t let slight changes in behaviors go unnoticed, as they may be leading to certain paranoid behaviors over time. Indulge the assistance of professionals and those who are most often around the elder to give feedback about timing and degree of behaviors that are disturbing. Paranoia can be controlled. 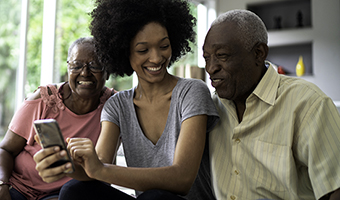 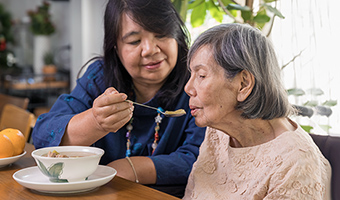 6 Reasons Seniors May Lose Their Appetite