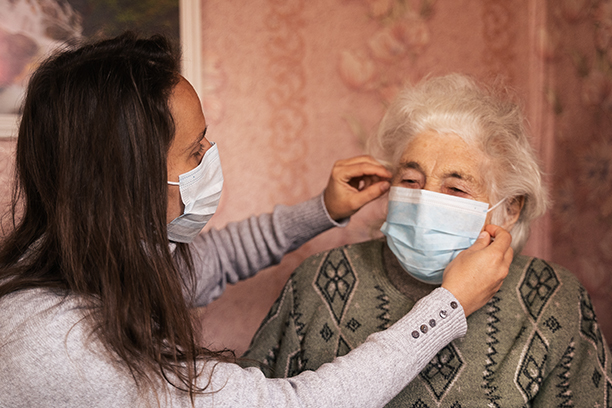 Has your loved one been recently diagnosed with Alzheimer’s? Your mind may be filled with a plethora of lingering questions. Here, the professionals at Visiting Angels of Kitsap County provide answers to the most common questions surrounding Alzheimer’s and Alzheimer’s home care.

Plainly stated, Alzheimer’s disease is a progressive, degenerative brain disorder that is characterized by memory loss, cognitive decline, and behavioral changes. These symptoms usually get worse over time. About 5.5 million Americans are living with Alzheimer 's. Most of those who live with Alzheimer’s are over the age of 65. It’s often considered a terminal condition, with an average life expectancy of 4 to 8 years after the diagnosis. Although, some live anywhere from 15 to 20 years after the diagnosis.

Dementia describes a large range of brain disorders that cause memory loss. Alzheimer’s is the most common form of dementia, accounting for anywhere from 60% to 80% of the total cases.

Alzheimer’s has several risk factors. While scientists are still researching the exact cause of Alzheimer’s disease, researchers have identified several factors.

Currently, there’s no cure for Alzheimer’s. While scientists continue to search for a cure, doctors prescribe modern treatments that may prevent the disease, delay its initial symptoms, or slow its progress.

One option is to put your loved one in a nursing home or an assisted living facility, but this is often traumatic for the individual. Another would be to hire Alzheimer’s home care, like the services that Visiting Angels of Kitsap County offers. This kind of senior care is personalized to cater to individuals who suffer from Alzheimer’s while being administered in the home.

Learn more about Alzheimer’s home care services offered by Visiting Angels of Kitsap County today, or contact us at 360-602-0609 to request a free consultation.