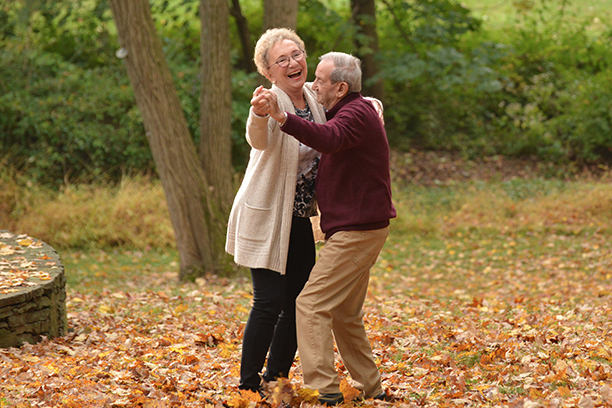 Most of us have heard about Alzheimer's disease and understand that it involves memory loss. However, that is about where our understanding of it stops. Alzheimer's disease is actually a degenerative brain disorder. It is also progressive, which means that symptoms always get worse over time. Besides memory loss, individuals experience cognitive decline and behavioral changes. Some 5.5 million Americans are currently living with an Alzheimer's diagnosis and most of them are over the age of 65.

Is there a difference between Alzheimer's disease and dementia?

The short answer is yes. However, the more accurate answer would be to say that Alzheimer's disease is actually one disorder that falls under the umbrella term dementia. Dementia as a labels includes a wide range of brain disorders which are always characterized by memory loss. Although there are many types of dementia, Alzheimer's disease is one of the most prominent.

There are many risk factors. However, the most common are advanced age, genetics and heart health. If your loved one does not have Alzheimer's and you are on this page to find information about how you can help them avoid it, the best thing you can do is help them live a more healthy life or hire professional in-home assistance from a home care agency like Visiting Angels Central Coast.

What are the symptoms?

Individuals with Alzheimer’s disease experience a number of symptoms. Generally speaking, an individual will experience fewer symptoms at first and they will get worse over time. In the early stages, an individual's speech, thought patterns and behavior will be affected.

Other symptoms of Alzheimer’s include:

You may be surprised to learn that the progression of the disease starts years before an individual starts noticing symptoms. Symptoms generally start in the later stages of one's life, however, individuals in their 50s and even 40s may develop Alzheimer's.

The disease is a progressive one, however, the progression is a gradual one. This means that a person with Alzheimer's may go years before noticing any new symptoms or worsening of current symptoms.

Is there a cure for Alzheimer’s? And how can in-home assistance help?

As of now, there is no cure for Alzheimer’s. It is generally thought that it is impossible to reverse the progression of the disease. However, there is a lot of research going on right now and many believe that scientists are on the brink of discovering a cure.

However, there are many options to help seniors manage their symptoms in order to ensure their safety. Many family members choose to act as their loved one’s caregiver; however, as the disease progresses, your loved one will require a higher level of care which you may not be capable of providing. Moving a loved one into a nursing home can also help them stay safe, but moving them into unfamiliar surroundings can potentially be traumatic.

That’s why at Visiting Angels Central Coast, we offer in-home assistance for seniors with Alzheimer’s in Santa Cruz and Monterey Counties. Our caregivers have helped many older adults throughout California’s Central Coast stay safe in their own homes.

To learn more about our in-home assistance options for seniors with Alzheimer's in Santa Cruz and Monterey Counties, contact our Scotts Valley or Marina office today.