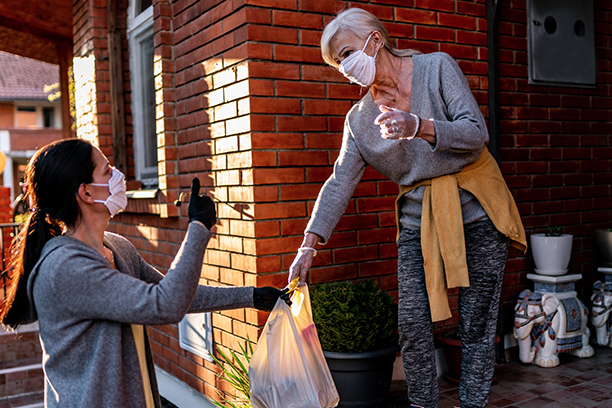 FAQs: Alzheimer's in Home Care in Fresno, CA and the Surrounding Area

Alzheimer’s in Home Care Options for Seniors in Fresno, Clovis, and Nearby Cities

What is Alzheimer’s and what are the symptoms of this disease? What are the best Alzheimer’s in home care options for my loved one if they require Alzheimer’s? How can Visiting Angels of Fresno help my family?

Alzheimer's  is a degenerative brain disorder, characterized by behavioral changes, cognitive decline, and memory loss. As well as being degenerative, it is also progressive. Over time, symptoms worsen, typically over a period of several years. Approximately 5.5 million individuals in America live with Alzheimer's, many of which are over 65 years of age.

After diagnosis, the average life expectancy is 4-8 years, though some people can live upwards of 15-29 years after their diagnosis. Alzheimer's is a terminal condition. In the U.S., it is the sixth leading cause of death.

Dementia is, in fact, an umbrella term, used to describe a variety of brain disorders, all of which are characterized by memory loss. Alzheimer’s is, however, the most common form of dementia. It is estimated that 60% to 80% of all cases of dementia are Alzheimer’s cases.

While individuals with Alzheimer's disease do have dementia, not everyone with dementia has Alzheimer’s. For example, people with vascular dementia typically experience symptoms that are very similar to Alzheimer’s, however the cause of their dementia is different than those with Alzheimer’s.

Those with Alzheimer's have a wide array of symptoms. Mostly, especially early in the disease, people have trouble with speech, behaviors, and thought patterns.

The most prominent Alzheimer's disease symptoms are:

What are my family member’s Alzheimer’s in home care options?

Typically, people living with Alzheimer’s require higher levels of Alzheimer’s in home care. This is to ensure their safety, health, and well-being as the condition progresses.

Usually, friends and family members take on the responsibility to care for those with early or mid-stage Alzheimer’s. As the disease reaches later stages, however, there is often the need to hire professional Alzheimer’s care. Families turn to Visiting Angels of Fresno.

Moving your beloved elder into a nursing care facility that provides Alzheimer’s care is one option. However, people with Alzheimer’s are often traumatized by such a move. Therefore, this is usually seen as a last resort alternative.

Another option, and one that is less traumatic for the family member with Alzheimer’s, is to hire Visiting Angels of Fresno senior care services. What is Alzheimer’s home care, you may ask? Specially designed to assist with aging in place for individuals with Alzheimer’s, our services address the needs of those living with this disease.

Call 559-550-6573 to learn more about our Alzheimer’s in home care services or for a free consultation.